Home   Articles Around The Web   Apple Rips Off Ubuntu Touch Feature for iOS 9, Calls It Innovation

One of the features promoted by Mark Shuttleworth, the founder of Canonical, in the Ubuntu for tablets trailer was the ability to multitask between a couple of apps. Lo and behold, the new iPad Pro running iOS 9 features something that is more than similar.

Mark Shuttleworth mentioned a while back that he doesn't really care that some of the players in the industry are snatching their ideas of the tablet. They didn't patent any one of them, and it only serves to reinforce the fact that they were on the right track.

In fact, Apple does seem to pay a lot of attention to what Canonical is doing. Just a few months after Canonical's Ubuntu Edge phone failed to get the required funds, Apple bought the company that was building the sapphire displays that should have equipped the Edge. One more feature won't make a difference.

It's all about recognition

The fact that Apple is using features that were present on other platforms for a while is not really a big deal, as long as those features are not subject to a patent. It's only a moral issue since they go on and say that they've done something spectacular, for the first time, and completely ignore what others have invented. This is how Apple somehow manages to keep its status of innovator.

The only issue is that Canonical has yet to develop that particular feature that was presented almost three years ago, and there is no indication that it will still land in Ubuntu. It looks like something that should really be in there, but the direction of the Ubuntu Touch system has changed over time.

This is hardly the only feature borrowed by Apple. Some even said that this particular feature was actually taken from Windows, but that's very unlikely.

The top one is from an Ubuntu video made almost three years ago. 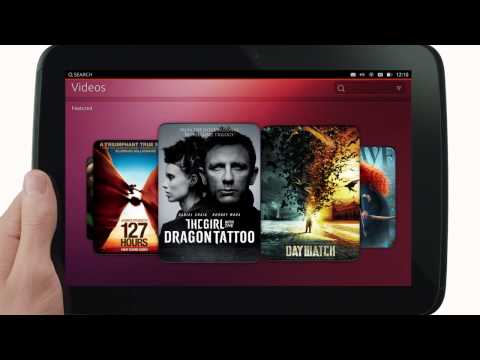