This is why we need 4K iPhones and Android phones 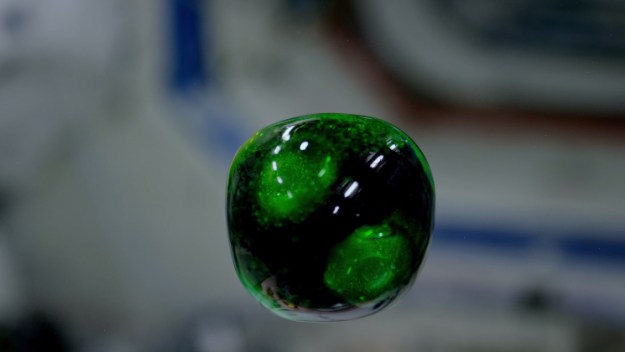 A lot of people probably aren’t recording a lot of 4K videos with their smartphones, particularly if they only have a measly 16GB of storage to work with. Yet, as the following video will show you, 4K video recording can be flat-out awesome.

In this particular case, we’re looking at a water droplet floating inside the International Space Station that then dissolves an effervescent tablet.

How can an Alka-Seltzer pill dissolving in water be interesting? It’s surely very boring on Earth, where you’d do it in a cup. The gravity keeps everything together inside the cup and it’s entirely predictable.

But do that in space, where there’s no gravity, and the whole phenomenon becomes a magic trick to watch. The water bubble containing the dissolving pill continues floating in the air, revealing the chemical processes inside it as it moves around. A high-resolution 4K camera can capture everything happening inside the droplet in great detail, and that’s what the astronauts did, filming the water ball dissolving the pill with a high-resolution RED camera.

“The higher resolution images and higher frame rate videos can reveal more information when used on science investigations, giving researchers a valuable new tool aboard the space station,” NASA wrote on YouTube. “This footage is one of the first of its kind. The cameras are being evaluated for capturing science data and vehicle operations by engineers at NASA’s Marshall Space Flight Center in Huntsville, Alabama.”

Sure, you’re not going to take your iPhone or Android to space to shoot science in 4K, but this goes to show how impressive such video abilities can be. And, even more amazingly, we now have the same video-shooting tricks in our pockets.

Check out the NASA’s 4K stunt at full resolution.